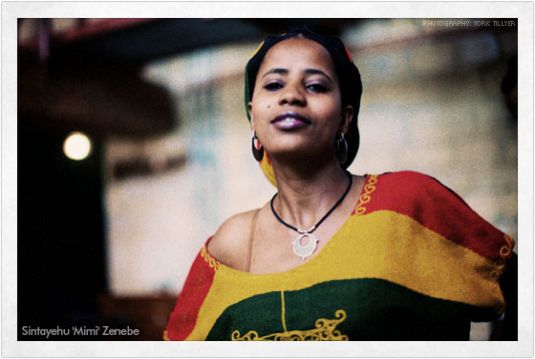 This project is the vision of Dub Colossus - Dubulah - aka Nick Page. Composer, guitarist, bass player and programmer Nick started his music career with Michael Riley (Steel Pulse) and has since worked with a long list of notable artists and eccentrics. In 1990 he formed Trans-Global Underground with Tim Whelan and Hammid Man-Tu, produced-wrote-played six albums before leaving in 1997 to form Temple of Sound with Neil Sparkes.

Dub Colossus in a Town Called Addis was inspired by meeting, writing and working with Ethiopian singers and musicians in Addis Ababa in August 2006. The collaboration between Dub Colossus and these amazing musicians covers Azmari and traditional styles as well as the popular singing styles of the 60s and 70s.

Singer Sintayehu 'Mimi' Zenebe is known as "the Edith Piaf" of Ethiopian song and owns the Doku Club in Addis, a venue devoted to traditional Azmari music. Fellow singer, Tsedenia Gebremarkos, is a well-known and respected performer and radio presenter, and winner of a Kora award as the best female singer in East Africa in 2004.

Master saxophonist, Feleke Hailu, is also a classical composer, lecturer and Head of Music at the Yared Music School. He is part of a dynastic tradition that stretches back far beyond the classic hits his father arranged for the Ethiopiques series's legend Mahmoud Ahmed.

Extraordinary pianist Samuel Yirga is an exciting new discovery - a young prodigy of classical and ethiojazz and student at the Yared Music School.

They are joined by Teremage Woretaw who, with his plaintive voice and messenqo (one-string fiddle), is a youthful carrier of the ancient Azmari tradition.

Mimi, Tsedenia, Feleke, Samuel and Teremage all travelled to Real World Studios to finish the album, and for most of them this was their first time travelling out of Ethiopia.

The other musicians who took part in the recordings in the makeshift studio in downtown Addis were Bahta Gerbrehiwot (one of the great Ethiopian singers of the 1960s), Fasika Hailu on a traditional harp (the krar), Getachew Werkley on flute, Desta Fikra and Tawebe Tadesse on vocals. 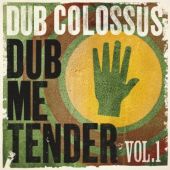 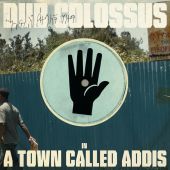