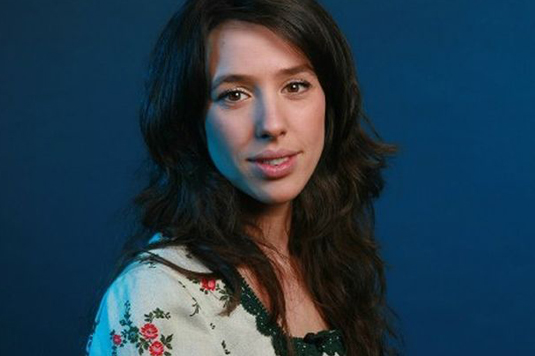 Tincian is the second album by 9Bach, the group formed by Lisa Jen and Martin Hoyland. It's an atmospheric, emotional record that reflects their home environment of Gerlan, North Wales, and Tincian is the perfect description: it's an allusive Welsh word that travels through time and space.

As Lisa explains, 'tincian can mean a lot of things, to move with a tinkling sound, to ring and make a clear sound. Depending on what area of Wales you are from, the meaning varies. It comes to life in dialogue when you use sentences like "I gave him such a talking to, he didn't know what had hit him...he was 'tincian'." It's almost like a cartoon image of someone's head being hit by a hammer'.

Tincian can also mean 'to resonate...it's like the bell of your memories, the sound in your mind that awakens to things forgotten. It would have also been used in sentences like "ma na rhyw *dincian ymhlith y bobol". ("There is a murmur amongst the people"). That kind of whisper, that fear or excitement of a (bad) report amongst the people like a wave of noise'.

9Bach chose Tincian as the album title 'for many reasons: it is an old fashioned word that is dying. It is industrial in origin, and it is almost onomatopoeic, it rings a special sound. The songs on the album are all stories: some of them autobiographical, sometimes I am telling someone else's true story and some are imaginary'.

'They are stories of the quarry men, of strong and brave women, of lost children, of foxes feasting near blood stained streams in areas of natural beauty, of forgotten derelict houses, of nature, of slate, of red dust, of family and of 'cariad' which means love. Sometimes there is pain, sometimes anger, a harshness that rings a heavy sound. But there is also a beauty and serenity, a light and gentle sound that resonates much further - TINCIAN.'

Note: *dincian
Tincian is mutated to dincian in this sentence because of a soft mutation that  happens in the welsh Language


The ten songs on Tincian were written and sung in Cymraeg but 9Bach are internationalists at heart. They want to take the experience and the culture of North Wales out to a wider audience. Tincian is worked from the mountainous, mining landscape of Gerlan and Bethesda: the harshness and the beauty, its ever-changing moods and the solidarity of the people who live there.

Even so, the album was written in a variety of places, as Lisa explains: 'in the back of a 4x4 travelling to the remote community of Papunya Northern Territory Australia, in a chapel vestry in Bethesda, and the bulk was written in Llanddewi-Brefi, Ceredigion. Mart and I took ourselves there to song write and demo, and there is no mobile phone signal or internet. I found myself wanting to write about home...the landscape, the nature, families and foxes'.

9Bach formed in 2005 thanks to a chance meeting between Lisa and Martin: the name is a play on numbers and words. Lisa: '9 is as in Nain, (pronounced nine), which means grandmother in the North of Wales, Bach means little and is also a term of endearment in Welsh. In one language 9 is something so mundane as a number, but in Welsh Nain is a cozy, family orientated lovely thing: your grandmother is a person we can relate to and visualise.'

On Tincian 9Bach, as before, Lisa and Martin have augmented their crystalline folk sound with the rest of 9Bach: Ali Byworth (drums and percussion), Dan Swain (bass guitar), Esyllt Glyn Jones (harp, vocals), and Mirain Roberts (vocals). With Lisa on vocals, harmonium, and piano, and Martin on guitars and percussion, they recorded the album in several different places: Musicbox Studios in Cardiff, Sdiwdio Un in Rachub, Bethesda, Bryn Derwen, Bethesda and Wild End Studio in Llanrwst.

The result is an atmospheric, evocative and emotional hybrid of the folk tradition and contemporary influences and working practices. Building on a deepened, almost ambient sound picture, the songs take you into the landscape and the emotions that it evokes. Music is a living thing, not a museum piece and the way that 9Bach compose and perform reflect this.

As Martin says, 'everything is the wrong way round. We have a Welsh Harp, which is probably the most traditional Welsh instrument there is, but it’s not played in the traditional way. It’s played with feel, and heart, and it’s very conscious of the song, so rather than being the main focus, it’s very atmospheric. Then we have a harmonium, an Indian instrument, no one in the band knows how that is supposed to be played, but we just love the sound.’

'The only folk technique we use is in the song. Lisa tells a story in the folk tradition, either in the first person, or in the third person. In 9Bach once Lisa has come up with the vocal melody, and piano part to the song, we will record these on our 16 track home recorder, and I will then start building the music, instrumentation, and arrangements around that, recording different parts, and creating the atmosphere, and groove.'

'We also generally arrange our songs in the folk tradition; we don’t really adhere to the verse, bridge chorus structure of standard pop or rock music. This in turn demands something different from the drums, bass, and guitar, than your standard approach. The drum and bass will set a strong groove to sway to, and the guitars will weave in and out, creating atmospherics, as the harp does too.'

'Then we take a modern dance approach to the instrumentation, grooves and loops, parts coming in and out, but done with real instruments, and sometimes putting interesting effects on them to create the ambience. We will record many different parts and hooks to a song, but when we come to edit and mix, many of the parts wont make it to the final mix, and some will only appear here and there.'

Part of the way that music works is that successive performers find and reinterpret tradition songs. Lisa: 'one welsh folk song has demanded its place - that one is Pa Le? There are two other songs - FFarwel and LLwybrau - which are poems written locally.  I gave them a melody and we turned them in to songs. These two tracks and Pa Le? are going away from the first album, which was all traditional. It's a development in my songwriting.’

The songs on Tincian reflect 9Bach's strong roots in home and their frequent international travels. They have played live in Spain, Holland, and Canada and travelled to Australia to collaborate with the Black Arm Band Company - a groundbreaking music and theatre company focusing on Australian Aboriginal experience and identity. Lisa is also a long-term vocal collaborator with Gruff Rhys: she featured on the Candylion album, and sang live on the Candylion/ Hotel Shampoo tour dates.

The tension and interaction between local and international informs the group's songwriting. As Lisa says: 'I don't do heartbreak and ballads. I have nothing to report on those kinds of themes. I'm a very emotional person; I get moved very easily, but by nature, the ghosts of our ancestors, the mountains, the history of the quarry and the men that slaved there. My imagination is very vivid and I often make stories up and convince myself they are true'.

'My inspiration has also come from people’s real life stories, like Plentyn (which means 'child') which is a song about the Stolen Children of Australia (stolen generation). Aboriginal children were still being snatched from their parents, taken away forever as late as the 1970's - it's crazy and we don't know enough about it over here. I met people directly affected by this and simply had to tell the story.'

'I never aspired to be a songwriter, but when I was in Australia in 2012, collaborating with the Black Arm Band, my time there became life changing. I was embraced by the Aboriginal culture, their history and their languages. The stories they told and the things they taught me. They opened my eyes to the earth I stood on, the nature that surrounds me, the voices heard by ancestors. I blame these amazing aboriginal sisters for inspiring me to write and sing and tell stories! (Shellie Morris and Lou Bennett both guest on the album)'.

During the last two decades, there has been an upsurge in international awareness of Welsh language music. As Lisa says, 'for us, writing and singing in Welsh is the most normal thing to do, it's instinctive. We've had a few queries and comments asking why do we sing in Welsh when we could make more money singing in English? The answer is Welsh is my first language… my creative brain and ideas swim in the small streams that run into the crystal clear lakes - LLyn Idwal, Llyn Ogwen, the Ogwen Valley. I can't escape that, it's in you if you've been breathing this air since forever.'

'The language comes hand in hand with the landscape, your culture and the stories you tell. It comes out in the music, which will inevitably make it different to English music. I don't feel our music 'sounds' particularly Welsh on this album, but it is specific to here because that's where it's from. For our music to be heard outside of Wales it has to sound different and unique to Anglo - American music that dominates the world’s mainstream music.'

In this conundrum, 9Bach cite the Super Furry Animals' highly successful "Mwng" as an inspiration. 'It's not a Welsh sounding album,' says Lisa: 'SFA members are all Welsh speakers - it's their first language - and it's brilliant as it normalises the Welsh language. Mwng was released worldwide, and people loved it: non-Welsh speakers can pick up on the mood and understand it through the music and vibe. There are so many languages worldwide in the same situation as Welsh, people do get it'. 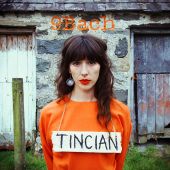