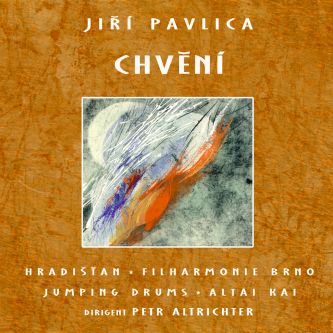 Musically, the fall of communism in Eastern Europe in the late '80s and early '90s had a major impact in what is now the Czech Republic. Like Poland, Hungary, Romania and other East European countries, the Czech Republic is a place where numerous musicians became a lot edgier and much more daring after they were liberated from the oppression of communism. But as much as things have changed musically in the Czech Republic, it's important to remember that there are some veteran artists who made worthwhile music both during communism and after communism--and a good example is Hradistan. The music/dance ensemble has been around since 1950; there have been many lineup changes along the way, and singer/violinist Jirí Pavlica became their artistic director in 1975. Pavlica had been directing Hradistan for 32 years when he led the band on the April 23, 2007 concert heard on Chveni. Recorded at the Janacek Theater in Brno, Czech Republic, this 50-minute CD finds Hradistan continuing to provide engaging performances under Pavlica's direction. These very symphonic-sounding performances are best described as Czech folk with a strong Euro-classical influence. Chveni is not classical music per se, but the classical influence is certainly strong--and other influences that serve Pavlica and Hradistan well range from European church music to Medieval folk. Chveni is a prime example of traditionalism at work, which is a positive thing. While it is encouraging to see so many edgy young alternative rock and avant-garde artists coming out of the Czech Republic, it is also nice to see Pavlica leading a long-running traditional band that, as of 2007, had been around 57 years. Chveni is an engaging demonstration of Hradistan's durability.