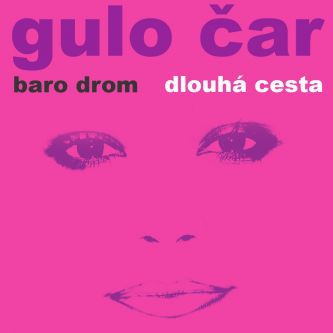 The gypsy band Gulo čar of nine members plays today soul funky music strongly influenced by gypsy melody and harmony. Pop-dance rhythms and typical phrasing of funky music with an original feeling represent a combination ensuring this band inexhaustible amount of energy. Authorial lyrics of the songs draw on the traditional gypsy poetics and they are interpreted in the gypsy language. Gulo čar invests invention, energy and mainly joy and heart into its music.
Gulo čar emerged in a well-known quarter of Brno where the black and white live in a distinct kind of coexistence, while almost all gypsy members come practically from one street. This quarter is inherently characterized by certain greyness and seediness but also by music which is its inseparable part. Almost for some years, the core of the band has combined the traditional gypsy roots in a natural and creative way with all contributing influences of modern pop production. Particularly two players of the brass section contribute to the mutual influence and merge of diverse musical impulses and methods and they are the only white-skin members of the band. In the melting pot of this process, the inherent musicality with the experience of bar musicians and technical preciseness are the basic ingredients of a phenomenon which currently does not have any analogy on the Czech music scene.
On the album you can find 12 songs sung by Irena Horvathová, already familiar from the band Synergy, the other musicians gained experience in the band Futurum and Romano Rat of Ida Kelarová.