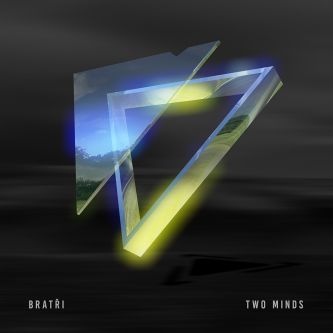 Techno performed by the duo Bratři is now finally released on their debut album Two Minds. It’s got the beat, it’s tight and intense. The dance ride of hypnotic beats together with the melodic line creates a harmonious whole. Electronic drums, analog and modular synthesizers are the cornerstones of the music of the twins Jirka and Ondra Veselý. After a series of successful singles (Signal, Running, Rise) they release their debut album.

The duo Bratři were working on their debut record for a long time. They have been playing together since 2016 and the Monster EP in 2017 was followed by a number of singles. Now it's time to put it together. "This was the biggest challenge for us, to combine often industrial and dark sounds with a melodic motif that keeps the tracks harmoniously together," says Ondra. "We played some sounds until we felt we enjoyed it and everything has its place. With the mix, we decided to address the world-class legend Hannes Bieger.” And his final mix managed to move the sound of Bratři among the world extra-class of this genre.

Bratři brought to the debut record everything they present so well at their concerts. As Jiří, who provides percussion instruments in the duo,admits: "Two Minds is our view of the world of electronic music, from the latest single Running, which has a warm analog sound with a fine vocal sample from Teepee, to the industrial techno beat ‘Morph’ which embodies our love for industrial and dark sounds."

In addition, the renowned studio XLAB took care of the visual side and Ondra adds that it is an indispensable collaboration for Bratři: “Deja VJ and Jan Kočí, with whom we have already experienced a lot, we have been cooperating with them practically since our musical beginnings. The visual side is very important to us and we are very grateful to them.” Studio XLAB not only designed the logo of Bratři and the album cover, but also prepared an impressive stream created during the concert of Bratři and live 3D projection for the festival Electronica: Sound of Vision II in London. Deja VJ and Jan Kočí prepared two music videos, both for the previously released song Signal and for the current single Transition.

"Two Minds is a record that's a piece of our lives and we're really happy it's finally out! Our love for electronics, techno and live playing itself has greatly influenced this record and now you have the opportunity to listen to it," invites the duo Bratři.