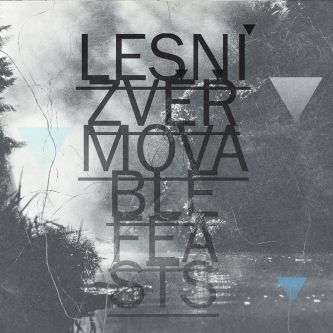 Movable Feasts is the title of the new thrilling recording of the band Lesní zvěř. This nujazz group led by the singer Miloš Rejsek and the bandleader Jirka Hradil under the supervision of the producer Dušan Neuwerth has recorded a focused and energetic album. Joyful tunes, wild frenzy of electric drums and melancholic stubbornness framed by characteristic vocals.

The second studio album has come after five years since the first debut album Lesní zvěř (roughly translatable as Sylvan Game)  and after fourteen years since the band started. The band hasn’t changed since that time: the basic element is the trio Jura Hradil (Tata Bojs, exChorchestr, Umakart, Kašpárek v Rohlíku), Miloš Rejsek (exSwordfishtrombones, Voodooyoudo!) and Martin Čech (exChorchestr, exFruFru, projects of Pavla Fajta). This trio is sometimes completed by the trumpeter Marek Steyer. The album has been coming into light for three years and the title Movable Feasts is explained by Miloš Rejsek: “For me, the album is intimate, the lyrics, the way it was all coming together; each of us experienced it in their own way and for themselves in different meetings, intersections, together, alone, with Dušan, at home, in the studio, at concerts. That’s why we picked that name. Movable Feasts are movable feasts. We don’t play much; it’s a holiday for us when we do. We know that the songs, just like us, will be somewhere sometimes it’s just not completely clear where and when.” To look for a pigeonhole for Lesní zvěř is as hard as looking for a similar band in the Czech Republic. The musicians draw from indie scene of all styles – electro, jazz, drum'n'bass and psychedelia.  Energetic music where the vocals, noise areas, live instruments, trumpet and drums are equal partners to keyboards – lyrics and melody have the same importance as musical areas.

On the album, besides Lesní zvěř, you can also hear the poet Jan Těsnohlídek who interprets his own text in the song Ještě je co ztratit. In the song Kavka Airlines Filip Nebřenský plays various saxophones and flutes and as a counterpart to manly energy the guest singer on the album is Kristýna Krutská. The album was co-produced and sound engineered by Dušan Neuwerth. 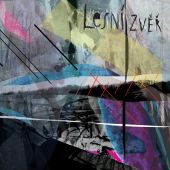